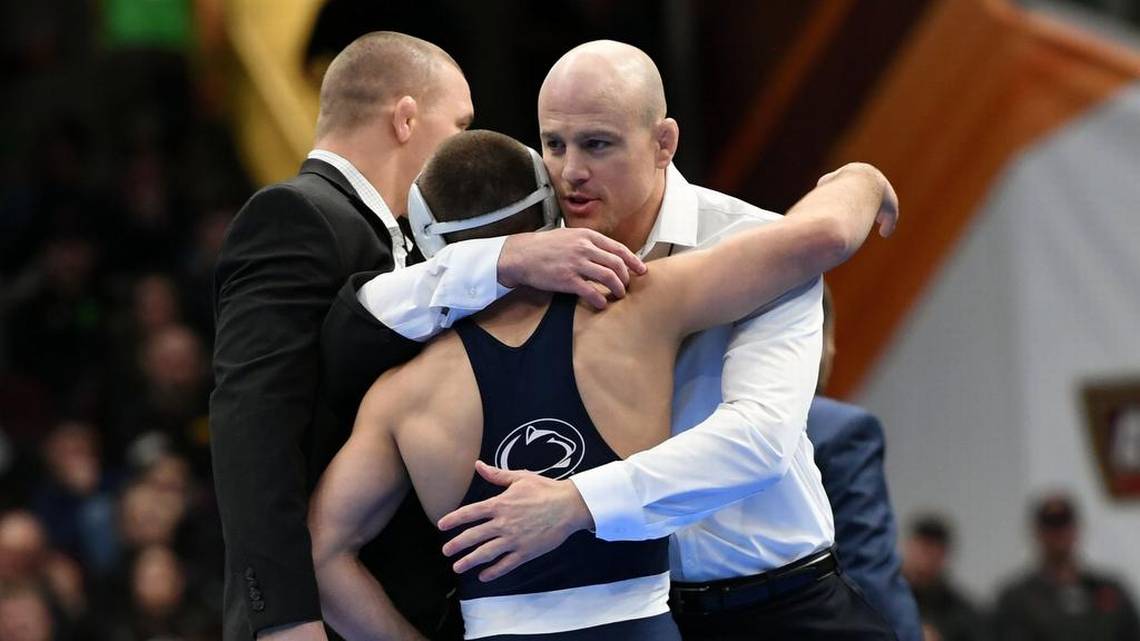 Few doubted Retherford wouldn’t repeat, it was a matter of would he score bonus points for the team race.

Perry put up good hand fighting and kept Retherford from scoring but in the end the Nittany Lion senior won 6-2 to cap his career.

“This year, the only difference was I knew that was the last time I was going to wear the (Penn State) singlet,” Retherford said. “I think it was definitely fun and it’s kind of sad this is the last time I’m wearing this.”

Retherford started off feeling out Perry to see where he could get his offense going. He struck 53 seconds into the match with a takedown. He’d tack on one more takedown in the first period to lead 4-1.

Retherford earned an escape in the second period for the only points. In the third period, Perry escaped and looked for the magic he had all tournament long.

However, the magic ran out for the Bald Eagles’ wrestler as Retherford added a riding-time point for the final score.

“It’s not easy to come in every day, give your best,” Retherford said when asked about being so dominant. “You’re going to have performances where you don’t feel your best, but you just gotta roll with it. That’s part of this sport. You’ve gotta do the best with what you have in front of you.”

Retherford’s career ends with a 94-match winning streak. It tied him with former Iowa coach Dan Gable for fourth longest in NCAA history. He also ends his career tied with David Taylor and Josh Moore with 53 career pins.

“Zain’s such a special guy and just what he’s done for this program for the past four years,” Taylor said. “Even as a true freshman in the way he competed and how he carried himself every time, his name should be on top of the record book, that’s just the kind of guy he is and the way he competes.”

Retherford though isn’t concerned about his legacy.

“I hope people were excited to watch me wrestle,” Retherford said. “I hope I was fun. But at the end of the day, I can’t control that.”