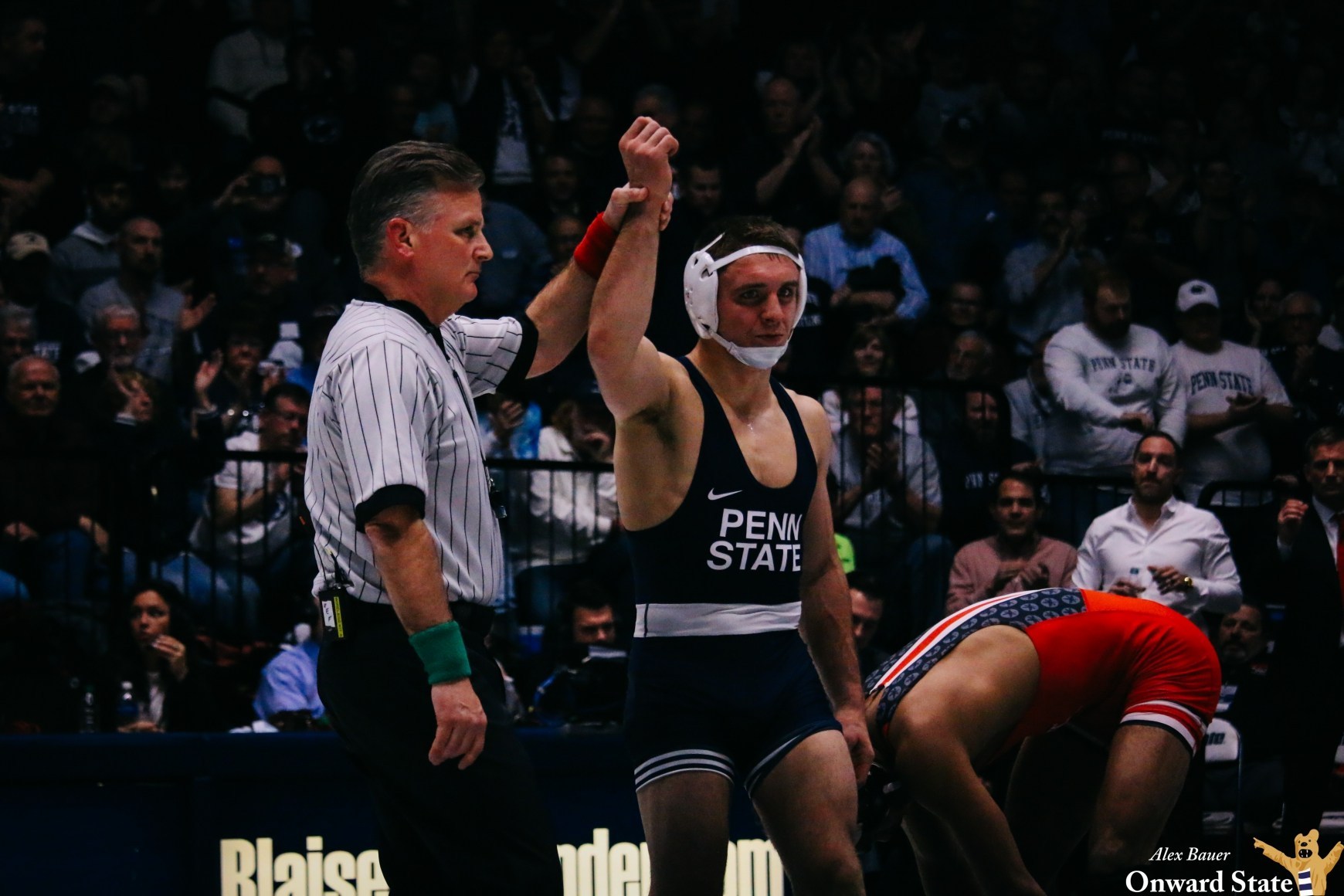 The Zain Train is rolling into Kazakhstan — as of right now.

Former Penn State wrestler Zain Retherford qualified for his second World team by sweeping Cornell’s Yianni Diakomihalis at Final X: Rutgers Saturday, although his win is under dispute at the moment and could be reversed. Wrestling for the Nittany Lion Wrestling Club, Retherford avenged a loss to Diakomihalis in the US Open finals by winning bouts 10-4 and 6-6 on criteria.

After a strong showing by Retherford in his first match, a bit of controversy surrounded his second win. Diakomihalis appeared to have won the bout after leading 8-6 at the end of the final period, but coaches in Retherford’s corner (read: rules magician Cael Sanderson) challenged a call from a minute earlier. The call ended up being overturned, which took two of Diakomihalis’ points off the board and gave Retherford a much-disputed win and World team berth.

Many believed the call came too late and unnecessarily changed the entire course of the bout. What’s more, the wrestling world missed out on a winner-take-all match between two of the sport’s most entertaining athletes.